Tech Striker offers technology leverage for all those entrepreneurs who are hoping to amplify their ROI.

Why Flutter is better than React Native and other programming languages 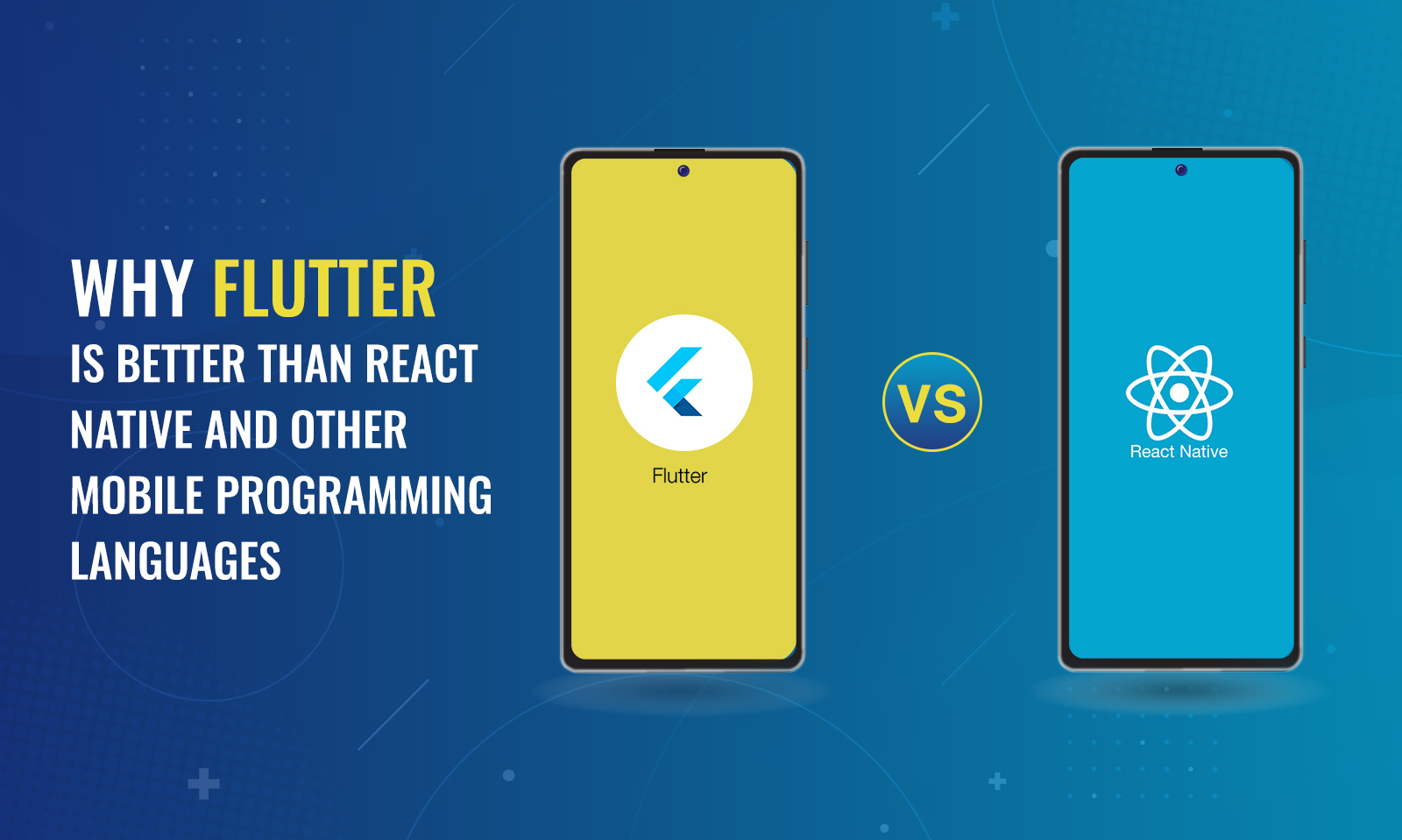 Why Flutter is better than React Native and other programming languages

Over the decades, programming languages and frameworks have evolved towards a more user-friendly and developer-friendly platform with a plethora of functionality and performance features to ease the work of developers.

We are headed towards a platform that can entail maximum exposure to many audiences by developing a single app that can function seamlessly in Android and iOS platforms. Yes, we are talking about cross-platform app development.

Let’s find out the possibilities and features of cross-platform app development like Native, Flutter, and other lookalike Native languages to see which one is the best!

React native is applauded for its code reusability; it’s the most widely practiced framework, and it’s loved by developers mainly due to its Cross-platform hybrid app development.

Although Native developers enjoy the single codebase functionality, every framework and programming language has its fierce competitors; that’s where Flutter came into play by providing a much easier development process to React Native developers.

But why is Flutter going to be the pinnacle of Cross-platform app development in the future compared to other frameworks? We will tell you why! Keep reading!

Flutter is an open-source User Interface UI framework created in 2017 by Google. Flutter is developed using Dart programming language, which is also created by Google.

Flutter has two parts. Firstly, it contains a collection of tools — SDK kit for development. The latter is a framework with a collection of UI components to customize your app.

Flutter applauded for its single codebase, making it easier to develop and maintain customized user interfaces for apps by reducing the development time needed to develop your app.

React Native gives myriads of features to developing a Web/Mobile application. I mean, come on! There’s no way Facebook, Netflix, Dropbox, and many other giant tech companies have adapted to building their apps based on it.

Features of Flutter and React Native :

Both the platforms have been helpful for the developers to provide a blazing-fast, chic UI for its users. But in some cases, flutter hands-down wins single-handedly, proving it is much better than React Native and other languages. So let’s compare the features of both and conclude which would be better for app development.

All praises to Flutter, which allows you to develop a high-performing, quick responsive app with a seamless user experience without using a bunch of codes.

Flutter has a curated list of libraries and tools which is compatible with any IDE you like. The most used IDEs are VS Code and IntelliJ.

It provides the same experience as Native apps provide its users. But compared to Native, it gives the highest performance.

If you are a startup company, who’s planning to develop your product, we would suggest using Flutter. The productivity of using flutter is high. It is cost-effective, and also, you need not be a hardcore developer to use it.

Flutter framework is known for its online community, which is contributed by thousands of developers who are working on the flutter framework.
It is the best open-source community backed by Google, providing the help and support in developing their application with the best documentation and a vast growing developers community.

The most crucial feature of Flutter is that it is powered by Google; hence the framework and update are getting evolved frequently to a more stable version.

React Native provides cross-platform app development features by allowing developers to build applications for iOS and Android using JavaScript, HTML, and CSS. The primary purpose of React is to use the data available without reloading the page. Thus it provides an ultra-fast, smooth, scalable, and straightforward interface to users. This is the reason millions of developers applaud React native apps.

React Native enables developers to write a code once for their app and compile it to iOS, Android, and Windows10. Thus a developer need not write code in HTML for the web, Java for android. The flexibility and code reusability feature of Native allows you to implement changes, develop and deploy the application all under the same roof.

Features of Flutter that make it better than React Native :

Flutter is a better framework than Native. Why? Because some features are limited only to its framework, which makes flutter the go-to choice for many developers. The following are some of the features of Flutter :

React Native uses Javascript libraries; it could get mind-boggling until you get a hold of it. You could navigate through the libraries, but it can get a little cumbersome.

Flutter is still developing and progressing towards a better version. Developers get benefited profusely with the help of Widgets in flutter.
Widgets are handy because of their adapting nature. All you need to do is create a UI element, and widgets will automatically acclimate to any screen. Thus saving time and giving an end native product performance to it.

In React Native, you can add widgets using App extensions. Although widgets are used in native, their functionality is not as exceptional as Flutter.

Not all cross-platform applications are dillydallying. But when it comes to performance, speed, interaction with the APIs, and business logic. Flutter undoubtedly takes first place in everything. Even with high load apps, flutter didn’t disappoint at all. The performance of flutter is Top-notch.

React Native is slower when it comes to loading high-load data. And requires much more optimization than other platforms.

The Flutter is designed so that the design is specific and provides you all the basic needs.

No custom communication is required for connecting better updates to it.

For React Native, you need custom communication which can be tricky to use if you’re a rookie.

Flutter is a better platform for developers, but here are a few alternatives that come in handy and useful.

Android is the world’s most widely used mobile platform. It allows you to build innovative apps for phones, tablets, watches, and many other devices.

Kotlin is a new programming language for the JVM, Android, and the browser. It is fully interoperable with Java, allowing you to use Kotlin together with all existing Java code.

Swift codes in the browser to make writing software as interactive and enjoyable as possible. It’s a huge relief never to have to leave the browser window to debug.

You can do more than create icons. Ionic has an expanding library of mobile and desktop-optimized HTML, CSS, and JS components for every taste and need.

Although Flutter has been released recently, its simplicity, compatibility, single codebase, widgets, documentation, google firebase support, and high performance allows developers to adapt to its framework to provide an unabashed user interface experience.

Since Google powers flutter, you will get constant updates and stable versions. Flutter has its share of pros and cons; the technology is still new and starting to gain popularity amongst developers.

For a start-up, Flutter is the best framework to use because of its productivity, easy implementation, cost-effectiveness, and a viable MVP. Right now, Flutter is suitable for SMBs but not very suitable for big digital enterprise-level companies.

Over time, the Flutter framework will be rendered for large enterprise projects because it’s convenient to use, easy to maintain, and provides many out-of-the-box solutions.

Tech Striker offers technology leverage for all those entrepreneurs who are hoping to amplify their ROI by putting resources into the interactive media advancements and versatile applications in current times.